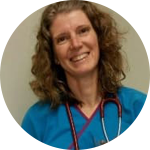 ​​​​​​​Dr. Samantha Asikainen is a quiet corner native, growing up in Eastford, CT. She is a graduate of UPENN and after practicing in PA for a few years returned to her roots in Eastford. She practiced feline medicine for almost eight years before returning to general small animal practice four years ago. She is a partner at ACE Veterinary Hospital. 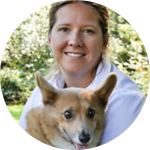 ​​​​​​​Dr. Le received a B.S. in animal science from UMASS Amherst in 1998. She worked in research at UMASS Medical School for six years, while attending Tufts University School of Veterinary Medicine. After graduating in 2004, she worked in North Carolina for two years before joining the ACE family in 2008. She is a partner at ACE Veterinary Hospital. Her professional Interests are internal medicine and ultrasound. She lives in Massachusetts with her husband, four daughters, two dogs and cats. 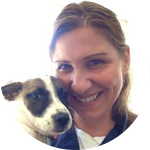 ​​​​​​​Dr. Weissbach is a New Jersey native and began working in the veterinary field after college. She worked as a veterinary technician while earning her Master’s Degree at Uconn, and then headed out west to Missouri where she earned her DVM degree in 2007. Missouri was too hot for her, so she returned to New England where she could enjoy each of the four seasons once again! Dr. Weissbach enjoys all aspects of veterinary medicine, especially surgery.. She has four dogs (Jigs, Milo, Penny and Dozer), and four cats (Fatty, Tootsie, Junie and Fritzie.) In her free time she enjoys concerts, collecting succulents, Netflix, and doing outdoor activities with her family. 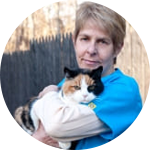 She has practiced at several veterinary hospitals for many years, including Oxford Animal Hospital. Dr. Dubin enjoys soft tissue and orthopedic surgery. She is married, has two grown sons, and has two dog named Sally and Annie. She loves being a vet as well as traveling, hiking, biking, skiing, kayaking and long walks in the woods with her two dogs. 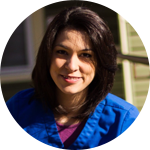 April has been a veterinary technician since 2006 with previous experience as an emergency vet tech at a 24 hour facility. She has been with ACE since 2011 and enjoys assisting in surgery. She is our Practice Manager and is a partner at ACE Veterinary Hospital.

She is married with three daughters, three dogs, and two cats and enjoys singing, playing the piano and knitting. 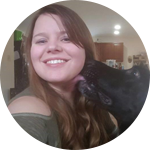 Riley has been a Veterinary Technician since 2013 and joined us at ACE 2016. She became our lead technician in 2019 and is now our office manager. Riley is currently working towards her Veterinary Technician certification. She lives with her husband, her son, two dogs, two cats, and two horses; they are also expecting another son in the fall. She is fear free certified, laser certified, and holds a certificate in Cardiopulmonary Resuscitation. 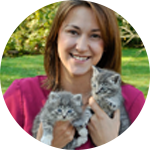 Laura has been a veterinary technician since 2002 and a part of the ACE team since 2008. She is now our Office Manager. She has lived in the quiet corner most of her life and attended Quinebaug Valley Community College. Laura and her husband, Daniel have two children, Violet and Garrett, and they also have one dog and seven cats. ​​​​​​​She also enjoys photography in her spare time. 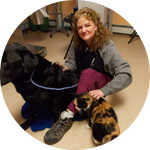 Ali has been a vet tech for over 16 years, most of that time with the ACE family. With her degree in Art Education naturally she has ended up in the veterinary field. Although after college did spend some time in Daycare (as the adult). Out of work Ali enjoys expressing her artistic side, and spending time with her family outdoors. 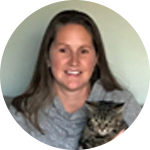 Amy graduated from Quinnipiac University in 1999 and has been working as a veterinary technician ever since. She enjoys sports, going to concerts, and spending time with her family. 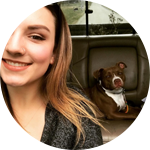 Bella joined us at ACE in 2020 and has been a veterinary technician since 2018. She graduated Becker College with an Associates Degree in Animal Science and got her start in the field through grooming and boarding facilities. She lives with her boyfriend and their daughter; they have two dogs and two cats. 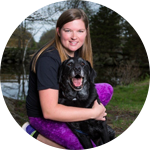 Lauren got her start in Veterinary Medicine in 2014 in Indiana and took a break for a little while, but found her way to ACE in 2020. She lives with her Husband, son, three dogs, and two cats. She grew up on a dairy farm and loves camping with her family, dogs included. Lauren is also a certified pet nutritional consultant through Purina. 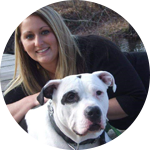 Danielle has been a Veterinary Technician since 2012. She is a local girl with two amazing dogs and a small farm. She also enjoys dog training. 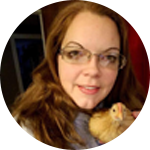 Cindy has been with ACE since 2013. She has over 10 years of experience as a technician and receptionist. ​​​​​​​She has two cats, Eddie and Charlie, and three dogs, Rosie, Star, and Leo. She also has a small family farm. 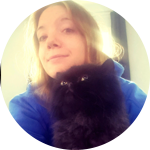 Krystal graduated from Becker College in 2010 and became a certified veterinary tech in 2012.

She annually attends continuing education seminars to stay current on the best veterinary medicine for your pet. Krystal enjoys working with the team here at ACE and is looking forward to a long career here helping our clients care for their furry family members.

​​​​​​​Outside of work she enjoys curling up on the couch and watching movies with her cat, Smooshy, and her boyfriend. She also enjoys rocking out at concerts. 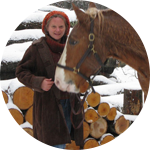 Allyson has been a vet tech since 2000. She lives on a hobby farm with her husband, dogs, cats, two horses, chickens and bee hives. In her spare time, she enjoys riding her horse, yard work, gardening and her vacations in Jamaica. 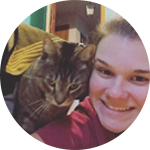 Amanda joined us at ACE in 2020 as a veterinary technician. She lives in Thompson with her three cats. In her spare time she enjoys horseback riding. 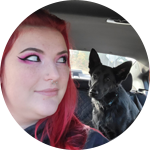 Brittany is a Certified Veterinary Technician and first completed her veterinary technician externship with us several years ago. Since then, she went on to work in the ICU at an emergency veterinary hospital. In 2020 she joined us back at ACE. She lives with her husband, her two dogs, and three cats. 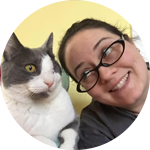 Jessica joined ACE as a veterinary technician in 2014. She lives with her husband, chihuahua, and eleven cats. She has a special interest in special needs cats and enjoys surgery. She is also the founder and curator of Fine Feline Cat Rescue. 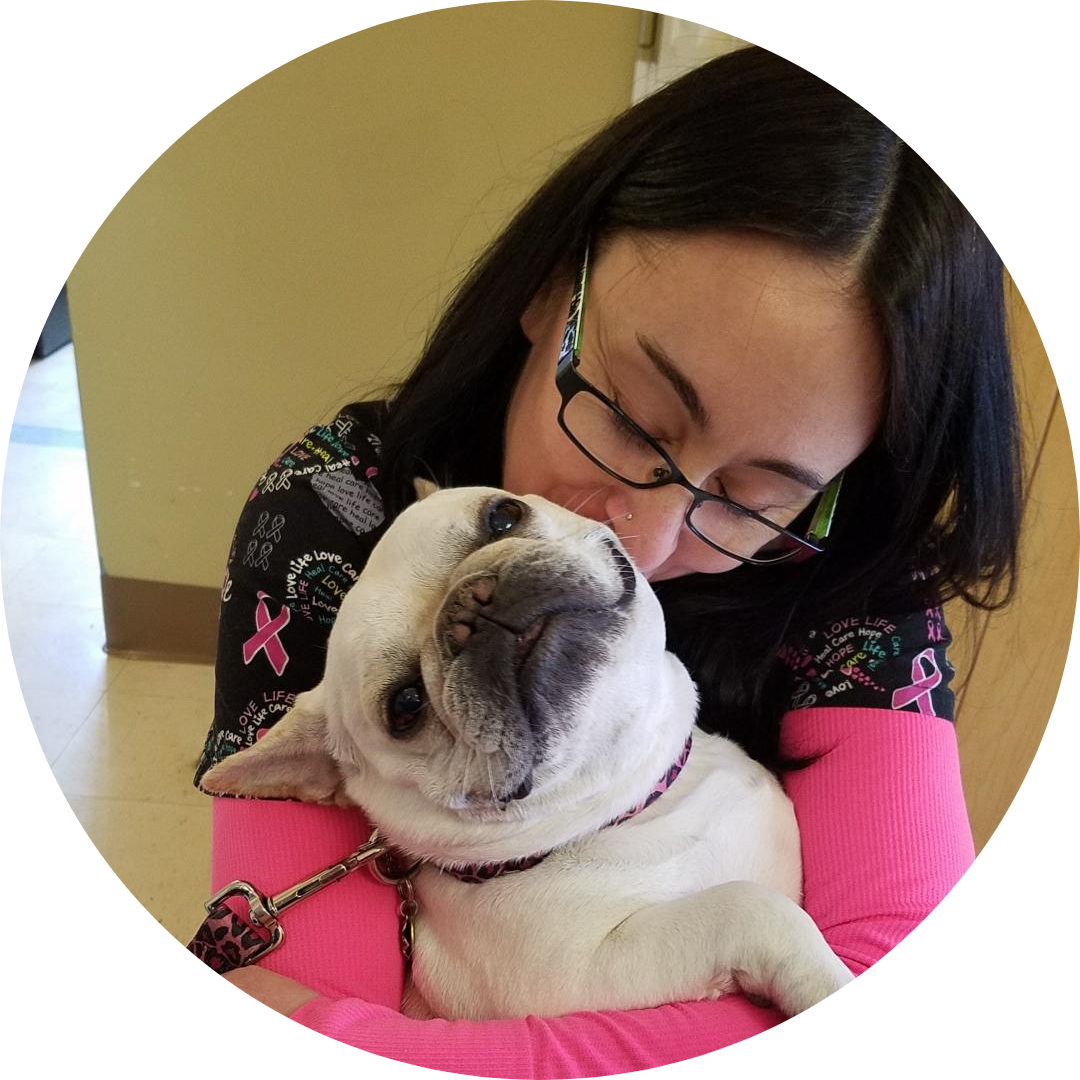 Jenn joined ACE in 2022, but she first started in Veterinary Medicine in 1996. She took a few years off and came back in 2013. She is a Certified Bereavement Counselor, Certified Dental Technician, Fear Free Certified, Laser Certified, and is a Reiki Master. She enjoys spending time with her family, reading, gardening and kayaking. 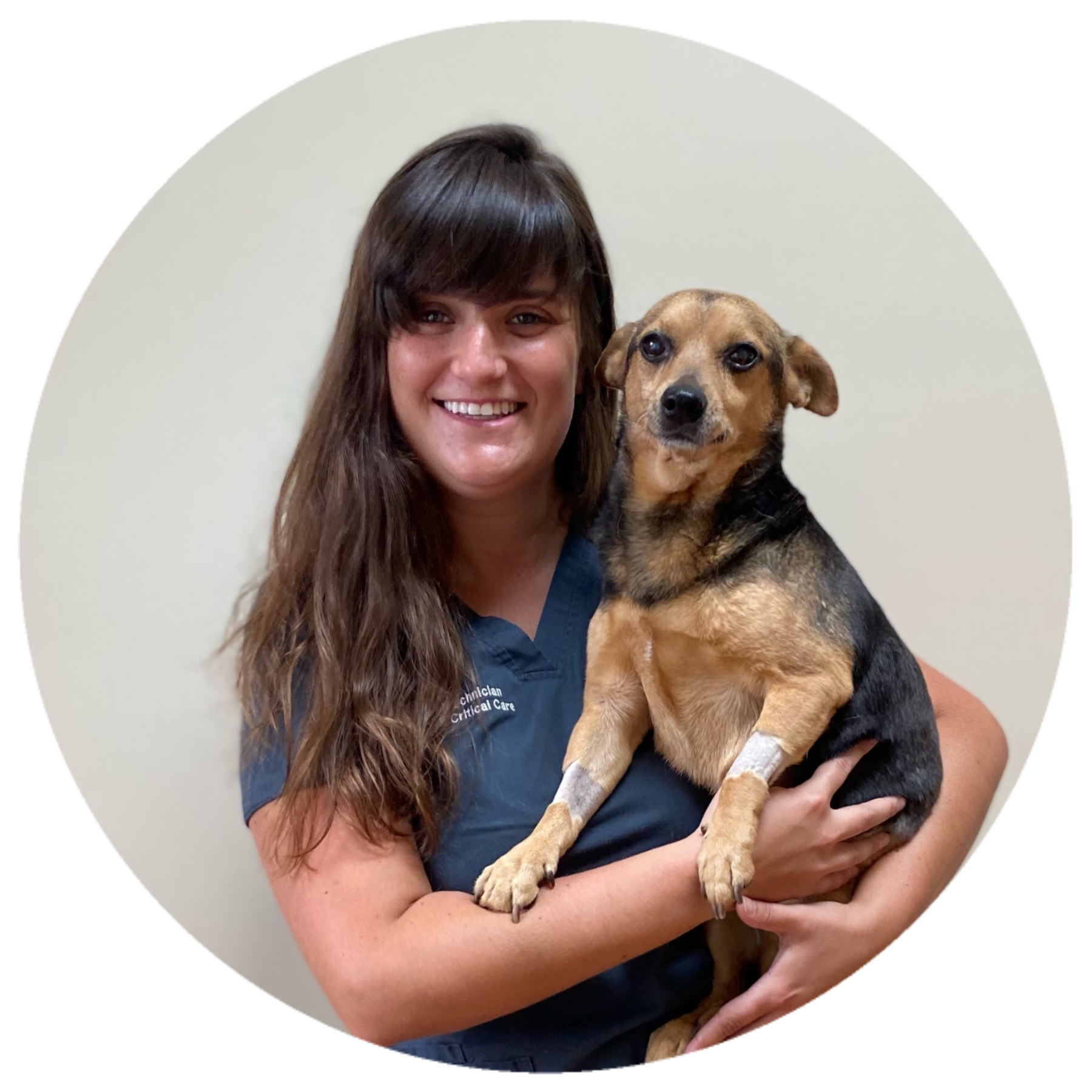 Jenna graduated Becker College in 2015 and actually did her externship at ACE to achieve her degree. She officially started working for ACE in 2017 as a Veterinary Technician. She left us to pursue emergency work at a specialy hospital in 2020, but joined us at ACE again in 2022. She enjoys kayaking and hiking with her dog Molly. 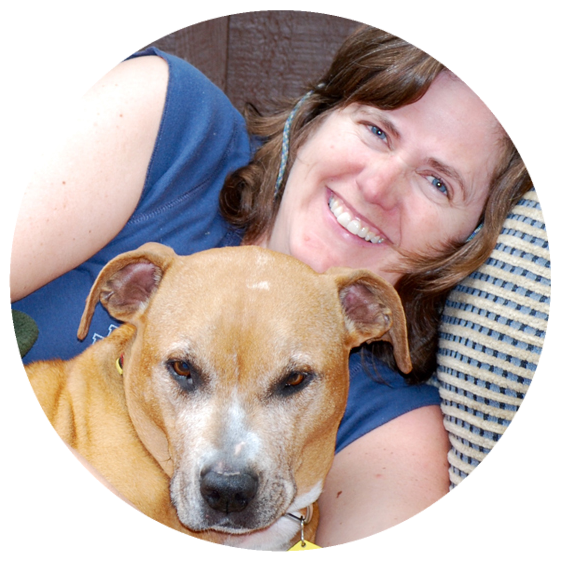 Nancy has been a CVT for over 25 years. She earned her BS degree in Animal Science from UMASS Amherst. Her love of animals and interest in medicine has been a driving force for her lifetime career choice. 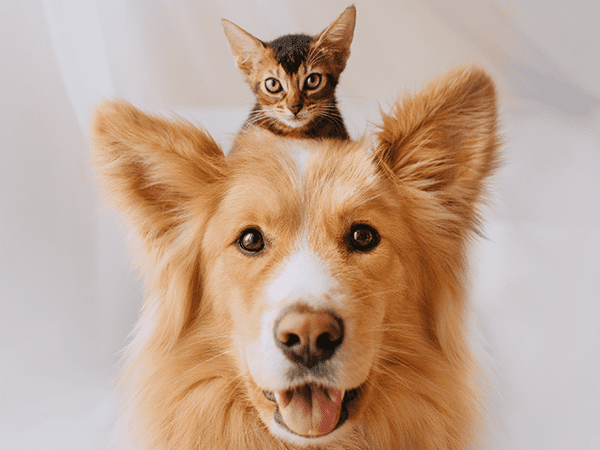 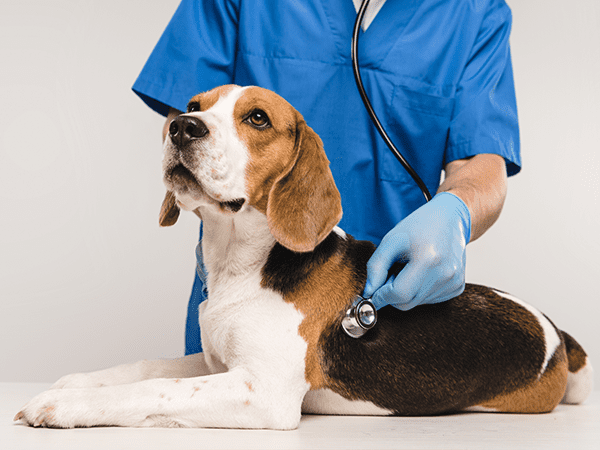 At Animal Care Experts Veterinary Hospital , we provide the highest quality Veterinary care to all our patients. Schedule your appointment today.

We've copied your review, after you click 'Publish' please paste your review by selecting 'ctrl' + 'v' into the review comments section.